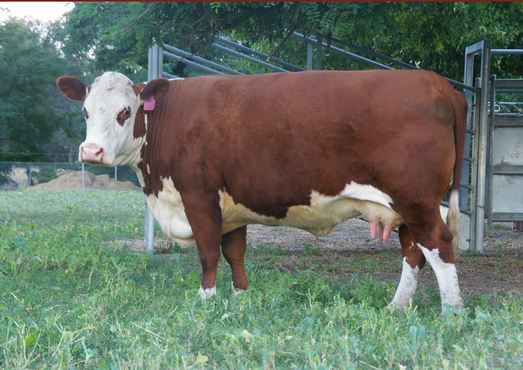 WIRRUNA URSULA Z46
An exceptional old cow who earned her stripes in the Wirruna system before being selected as a donor and leaving a lasting legacy in the Locke family's herd. Having produced two leading stud sires in Wirruna Chev C280 and Wirruna Gaylord G152 as well as multiple lead sale bulls and young matrons in the Wirruna herd.  Her progeny have shone through particularly at scanning time when they consistently rise to the top of their contemporaries.

Lockie was good enough to let me secure her once he felt he had ample genetics and she has not disappointed. A super sound and maternal old matron she has not missed a beat consistently falling in calf early and raising sappy calves.

Her first two Tobruk sons DRHH6 and DRHJ16 have been at the top of their drop finding homes in commercial operations at Talmalmo and Tumbarumba respectively. We would love more females in our herd that trace back to Z46 - currently have an excellent granddaughter DRHJ3 an Elite E212 daughter who continually attracts her fair share of attention upon inspection and is building an impressive breeding record of her own - a 2016 calf Tobruk Maverick M11 is our lead M bull.