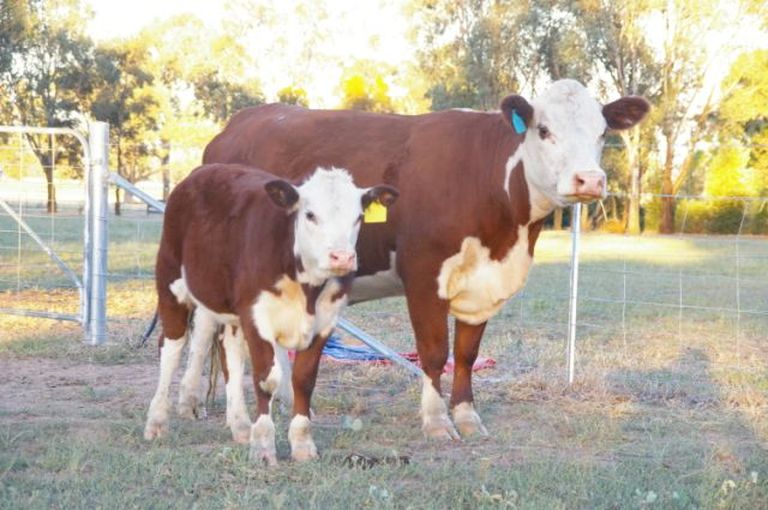 Purchased as a pregnant heifer at the Pine Hill Dispersal this attractive South Bukalong Shannon daughter has developed  into a very consistent breeder who seems to click with every sire we join her too. She is a large volume feminine matron with super sound feet and leg structure as well as one of the best dispositions in the herd. She not only offers quite a genetic across to our herd but a great set of EBV's, with a brilliant birth to growth spread, and carcase weight figure with well above breed average milk.

Her second bull calf Tobruk George G1 was an eye catching individual who was used physically as a stud sire at Wirruna before being sold to Tony and Alex Hill at Cootamundra where he grew out into a sound robust bull. A full sister to George, H5 is breeding very well with our pick 2017 heifer by the L13 sire being out of this female.

She went on to produce a very good bull Tobruk Kenny a Valma Odyssey son who was used as a back up sire in the stud before being sold to a commercial herd at Tumbarumba where he is doing a good job. Her last calf Tobruk Lucky L6 we were very excited to sell to the commercially focused Green Hills stud at Adelong - he is currently the only sire in the breed with a birth weight below 0 and a 600 day weight greater than 80 - who said curve benders don't exist! We look forward to seeing how he breeds both here and at the MacDougall's.

D744 now resides at the River Recede herd at Seymour where we have no doubt she will leave a legacy as she has done for us.